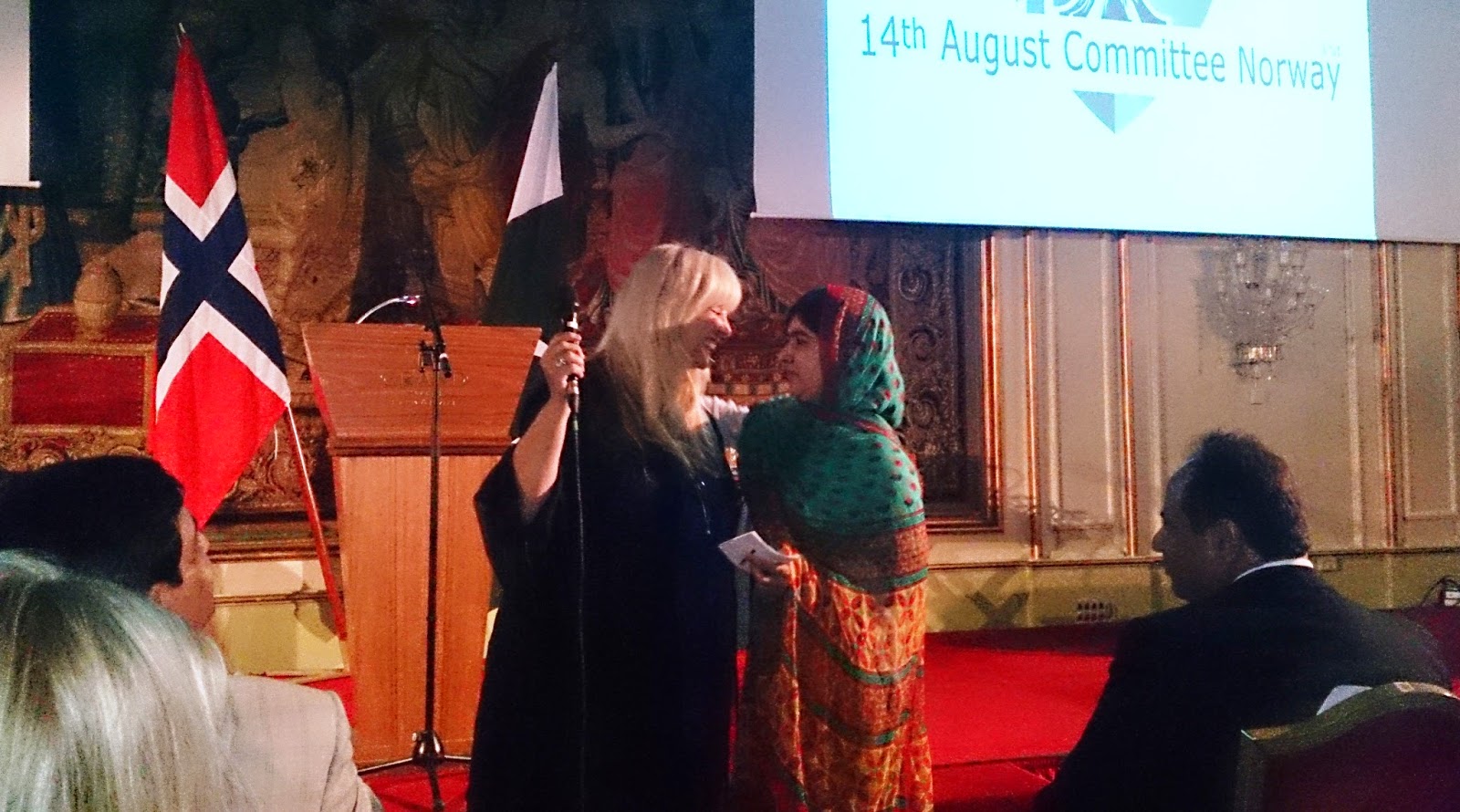 14th August Commitee by Aamir Sheik, organized a concert at Grand Hotel to honor Malala.
It was a great evening 14th. of July - 2014
Hanne Krogh is a Norwegian singer and actress, also one half of the duo that won the Eurovision Song Contest 1985. She recorded her first album in 1970 when she was 14 and has been a fixture in Norwegian popular music since then. 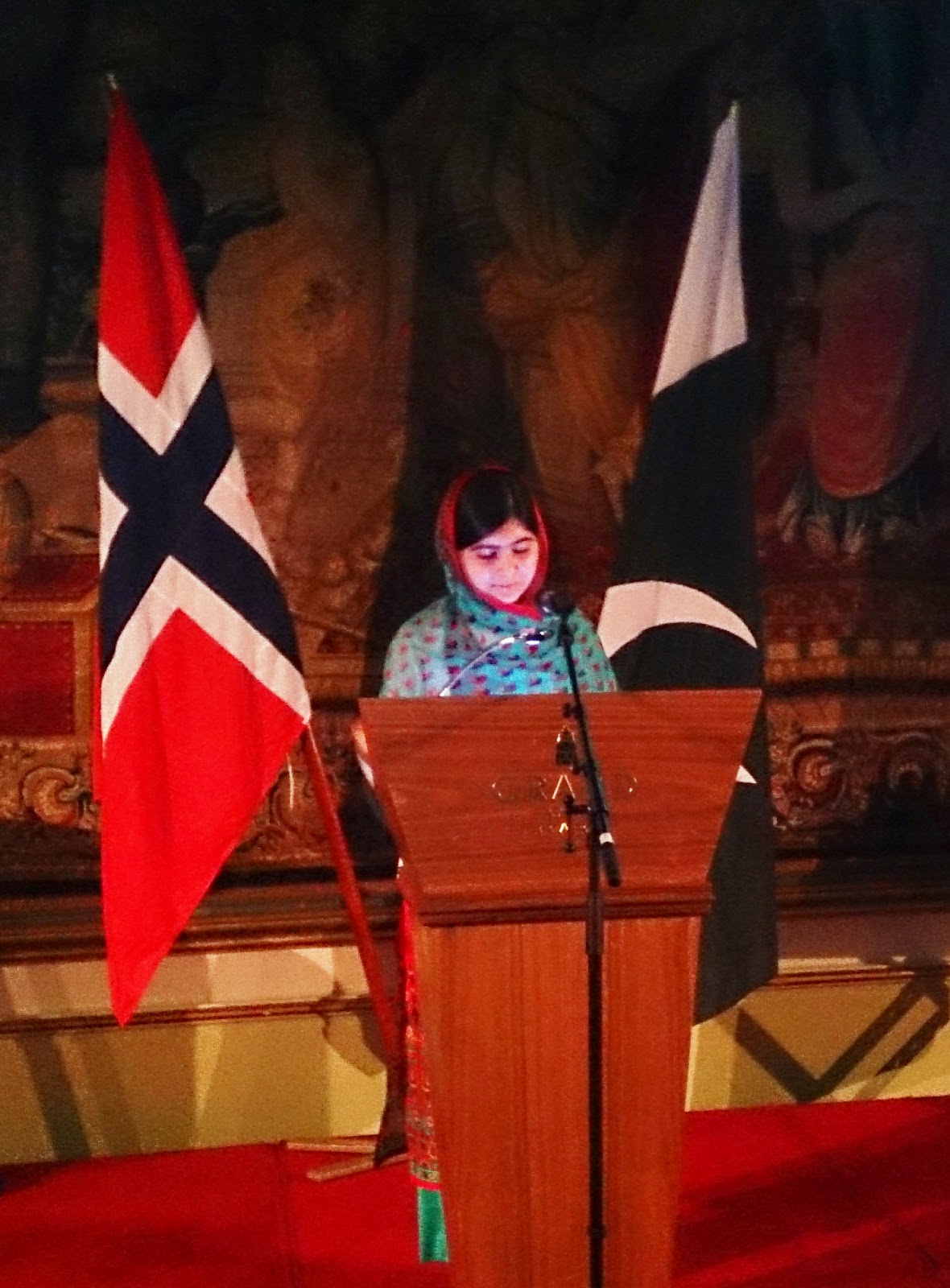 Malala speech at Grand Hotel, Oslo
Who is Malala? 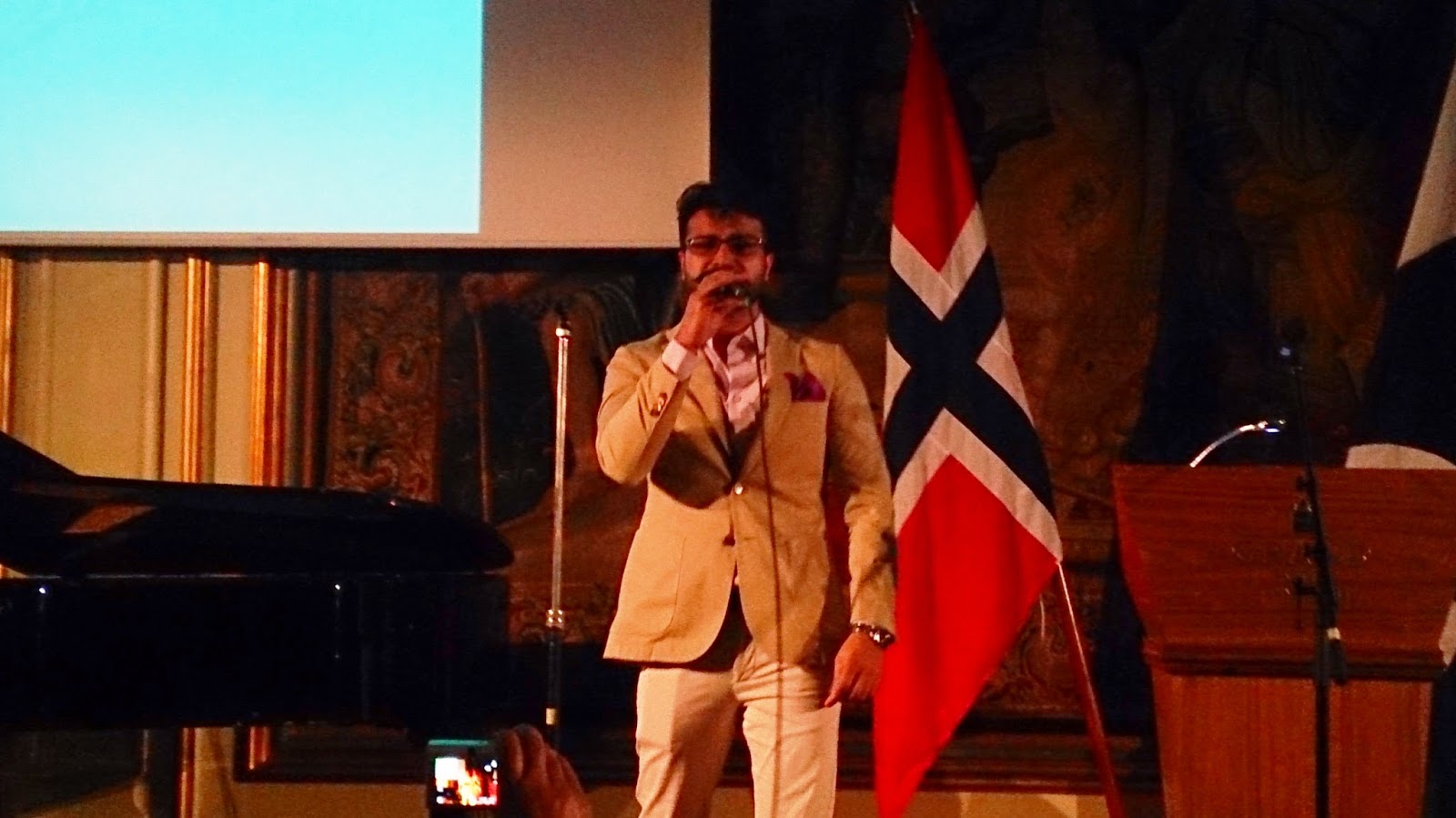 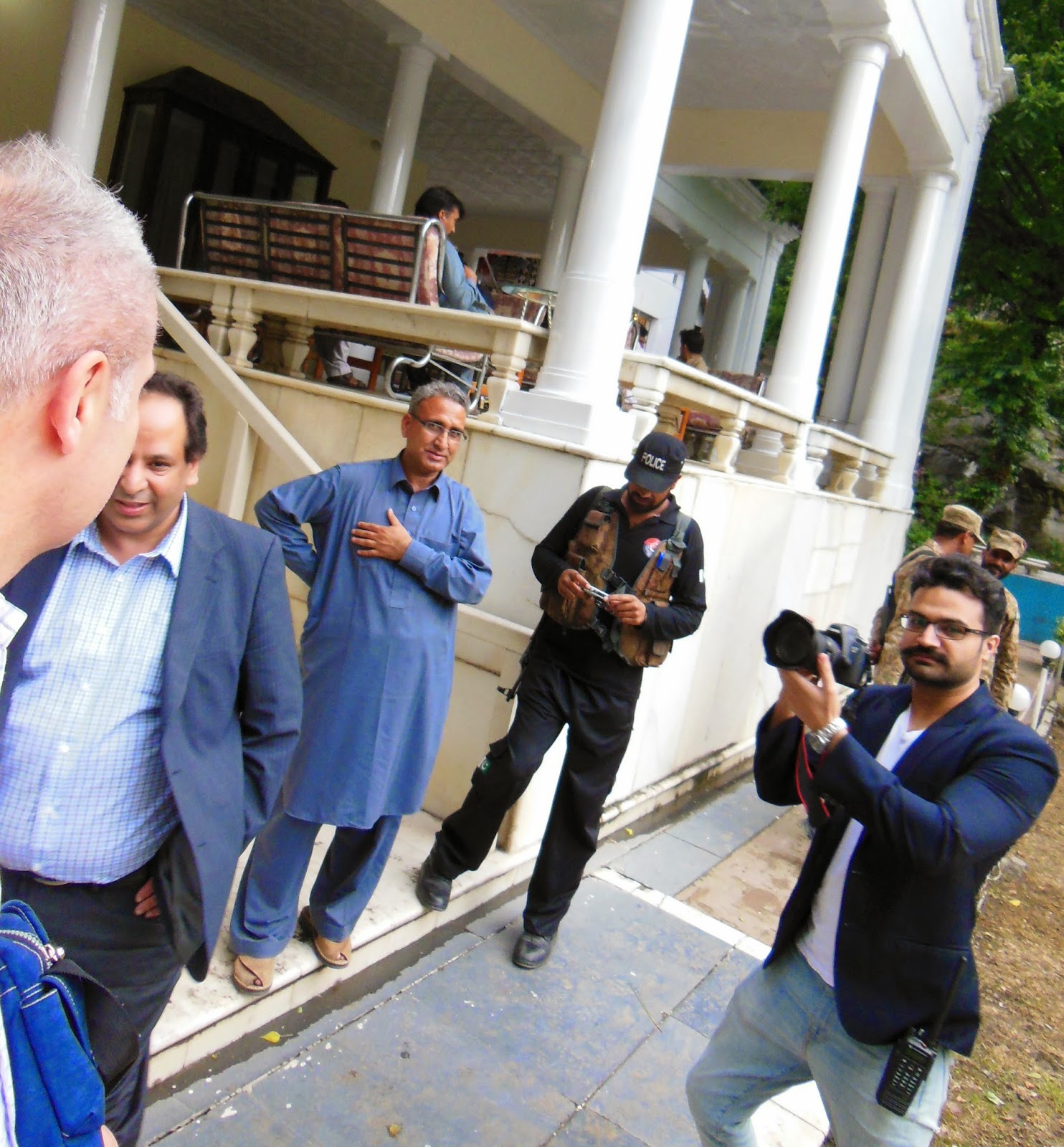 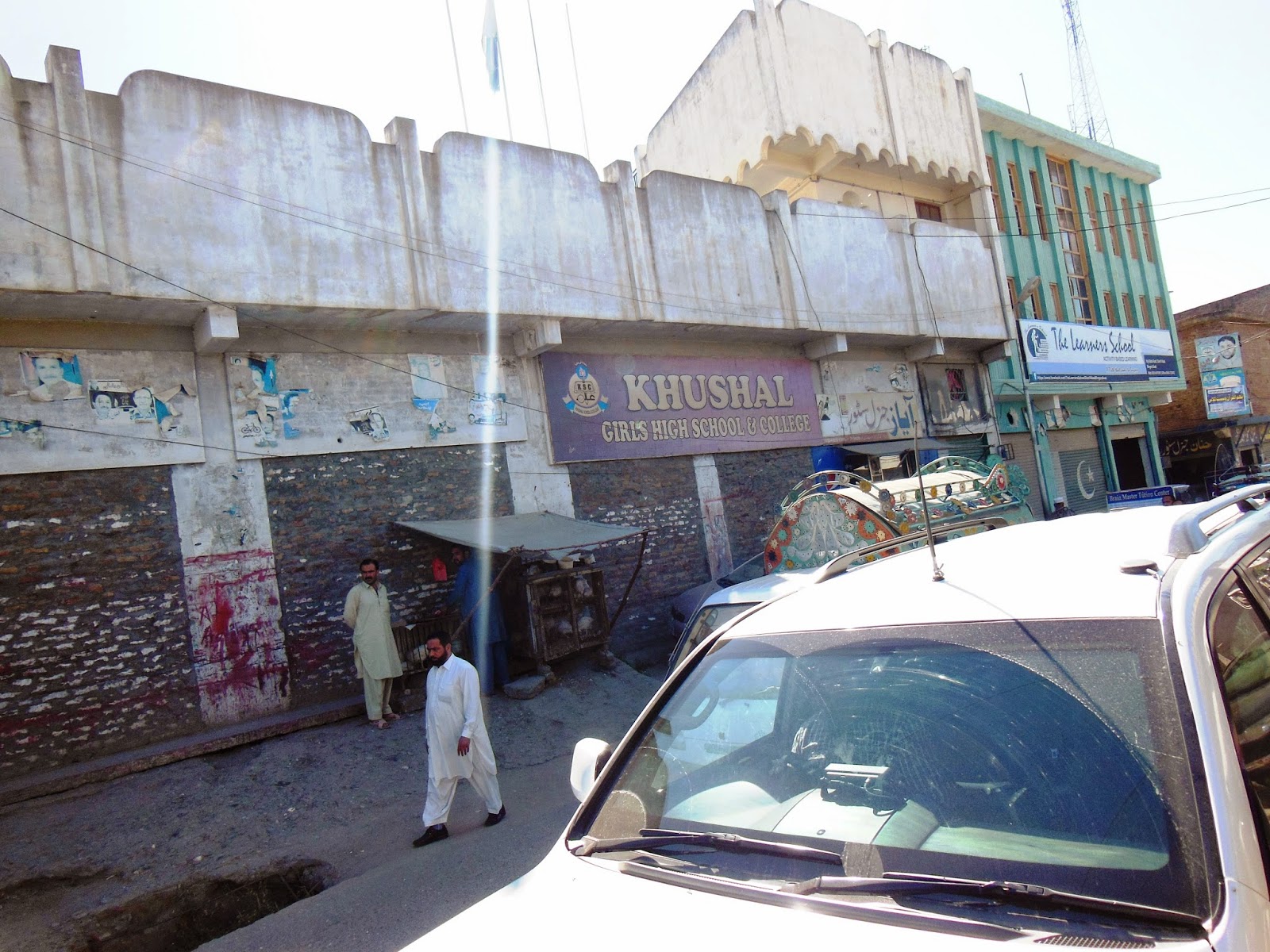 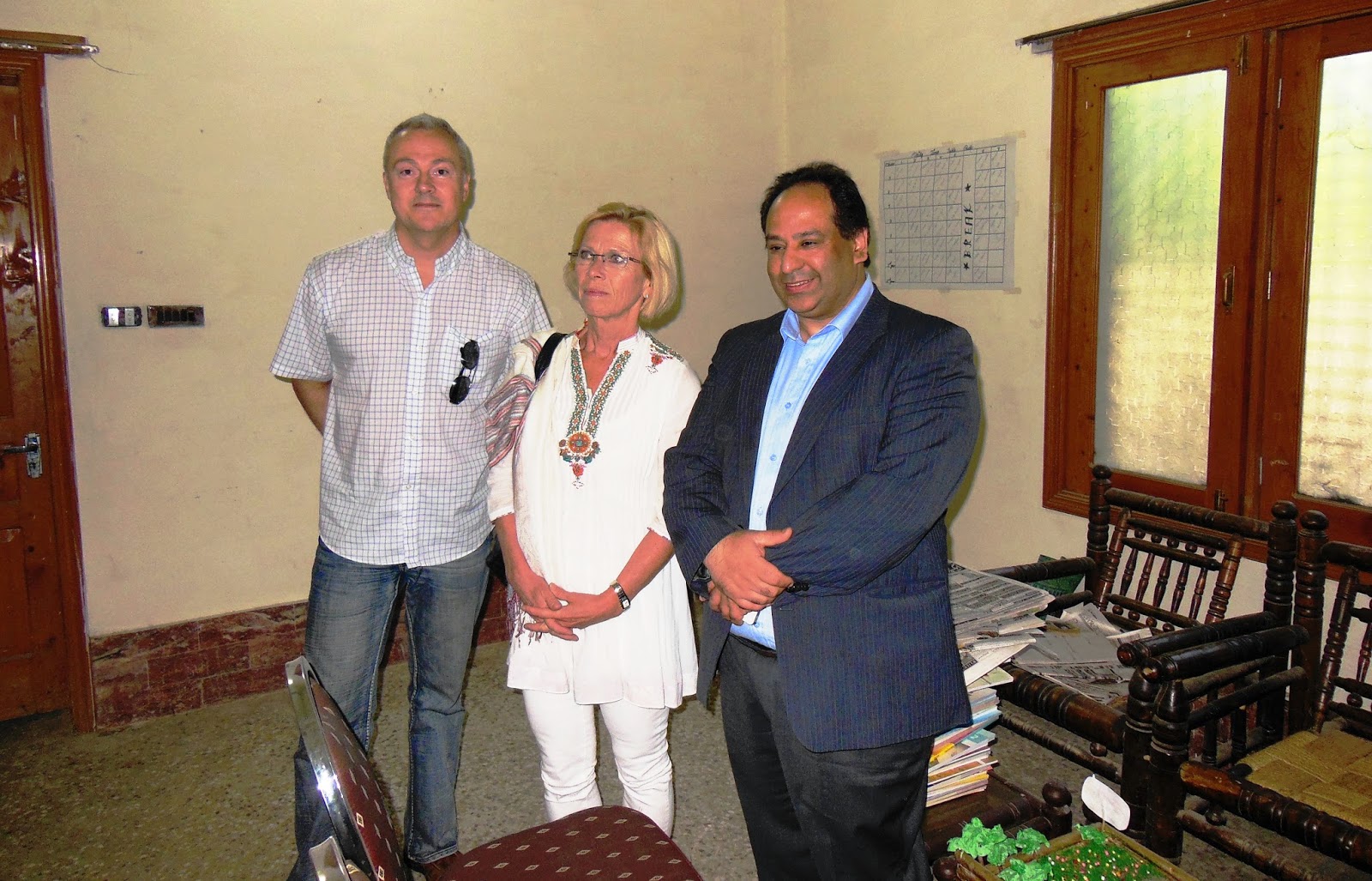 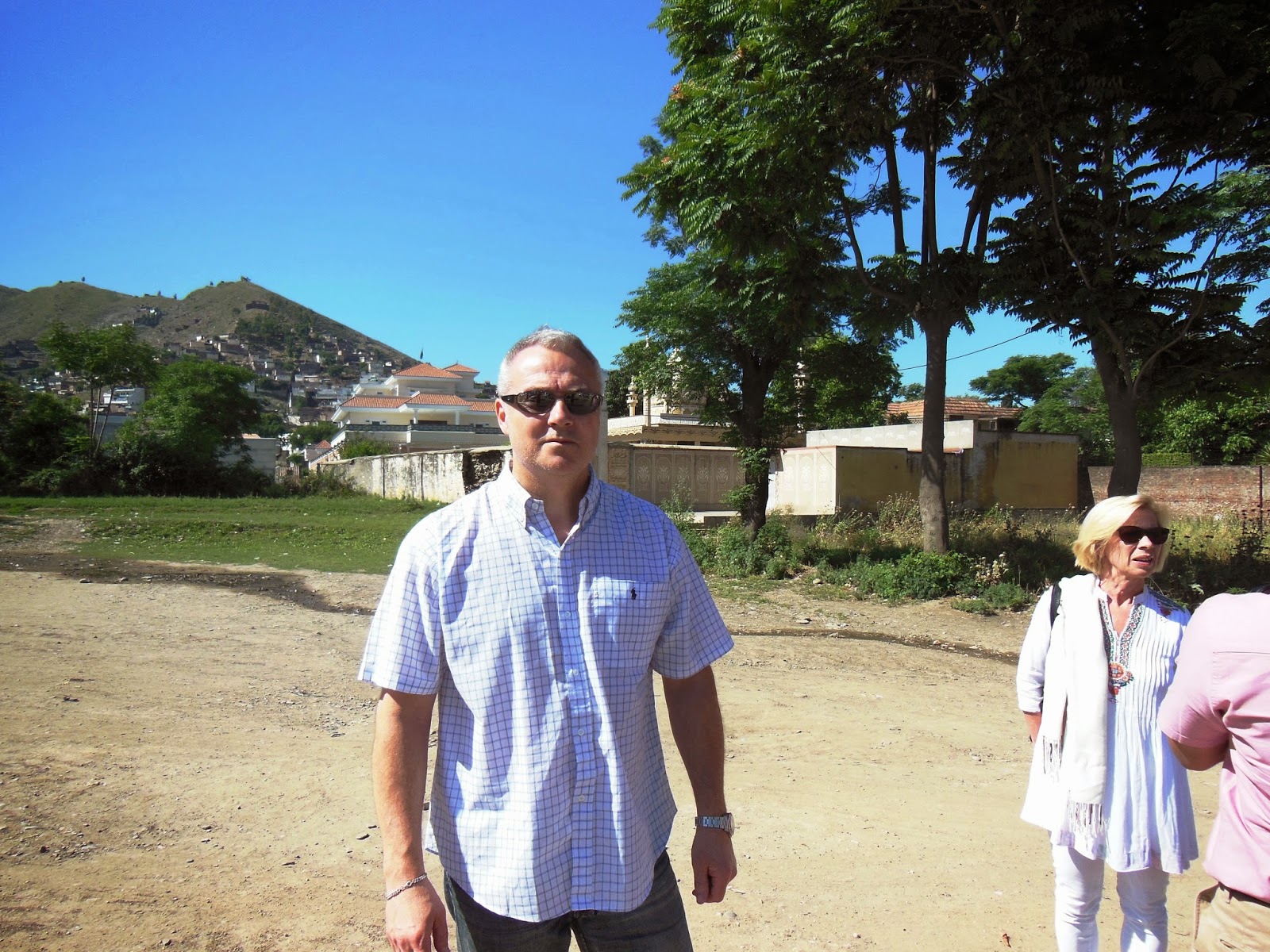 Right here was Malala shot in the afternoon, Tuesday 9 th of October 2012. Malala boarded her school bus in Swat. A gunman asked for Malala by name, then pointed a Colt 45 at her and fired three shots. 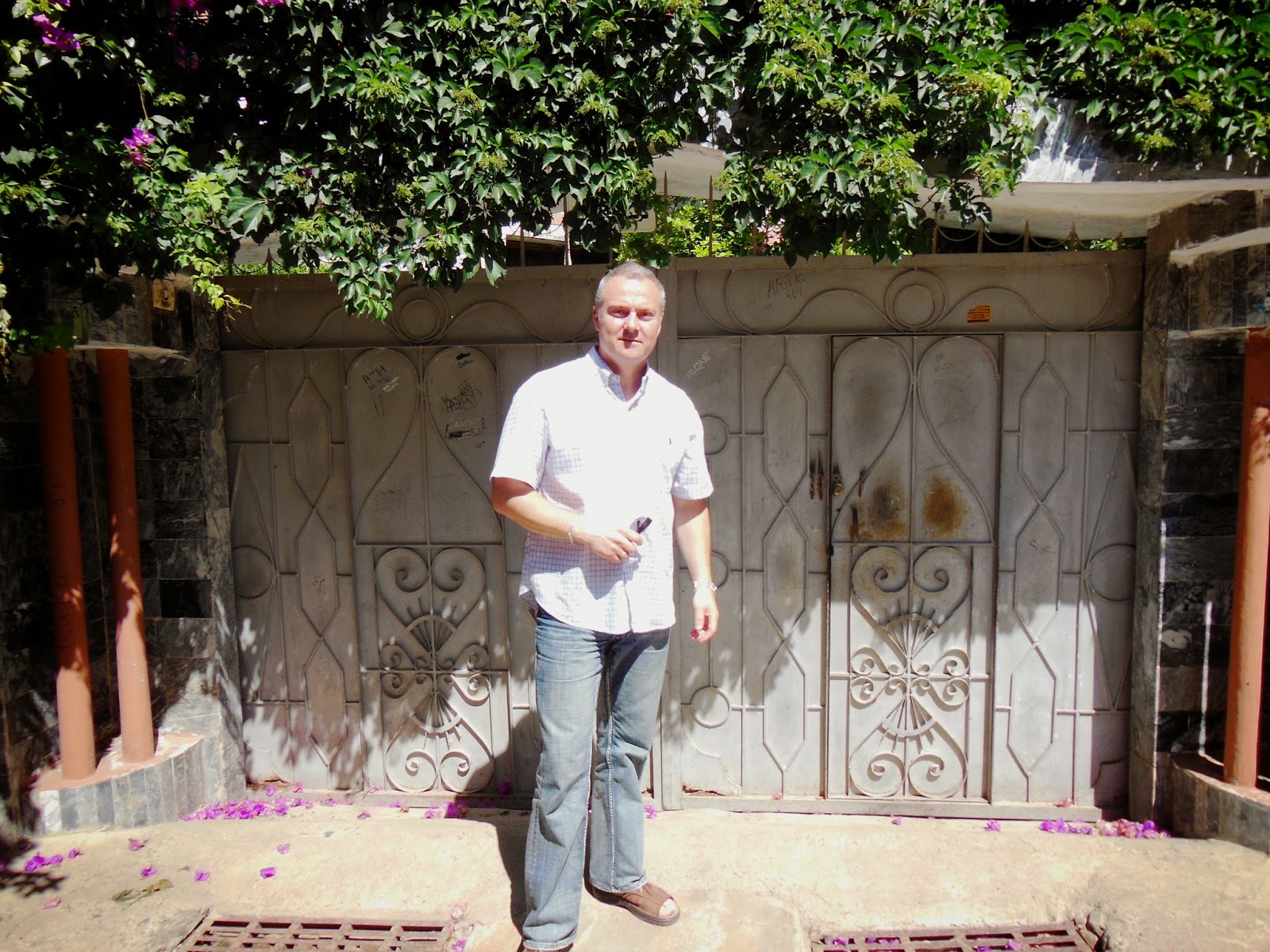 Standing outside the home of Malala in Swat.
I wanted to surprise her with a gift in Oslo, a small pastel on paper. 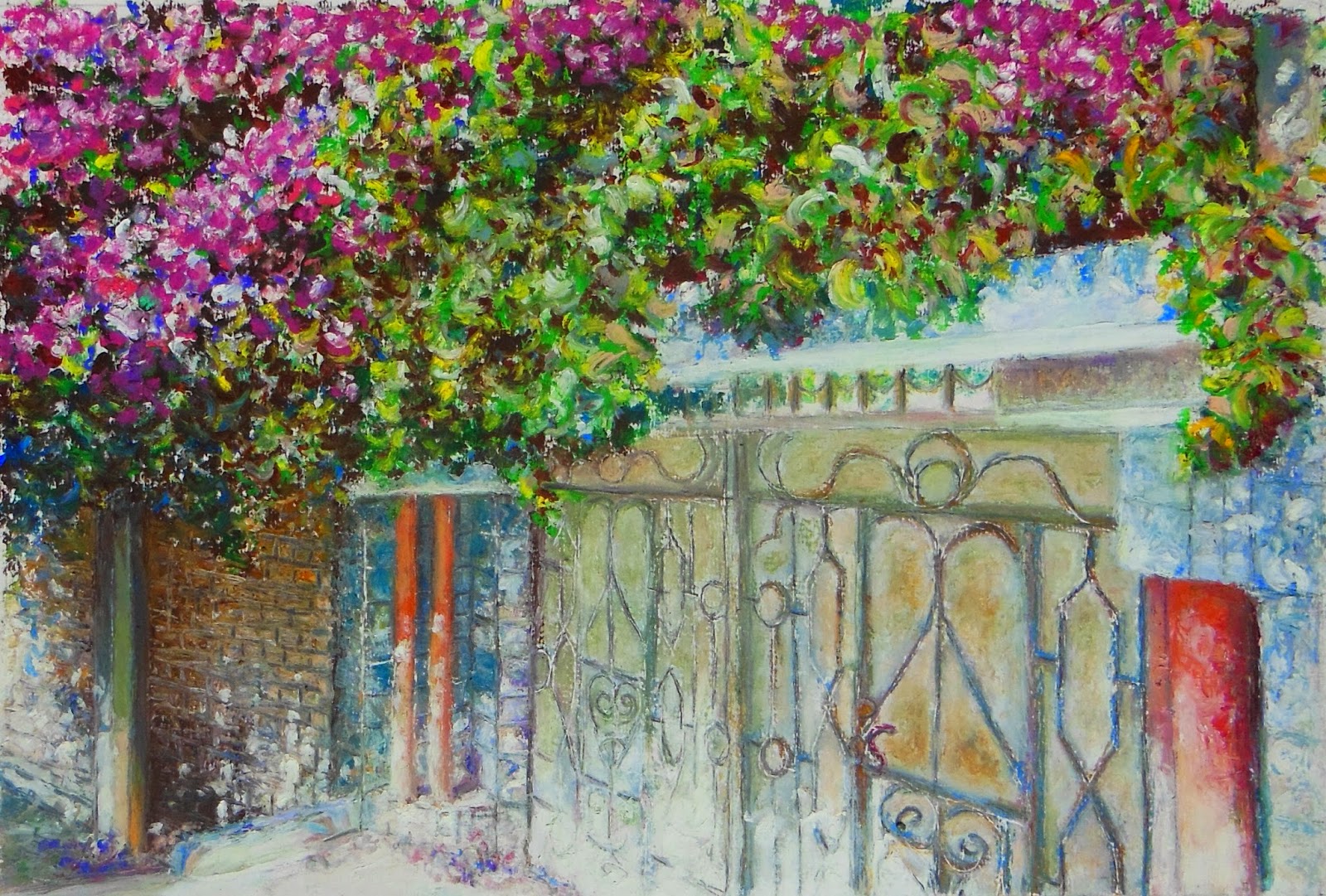 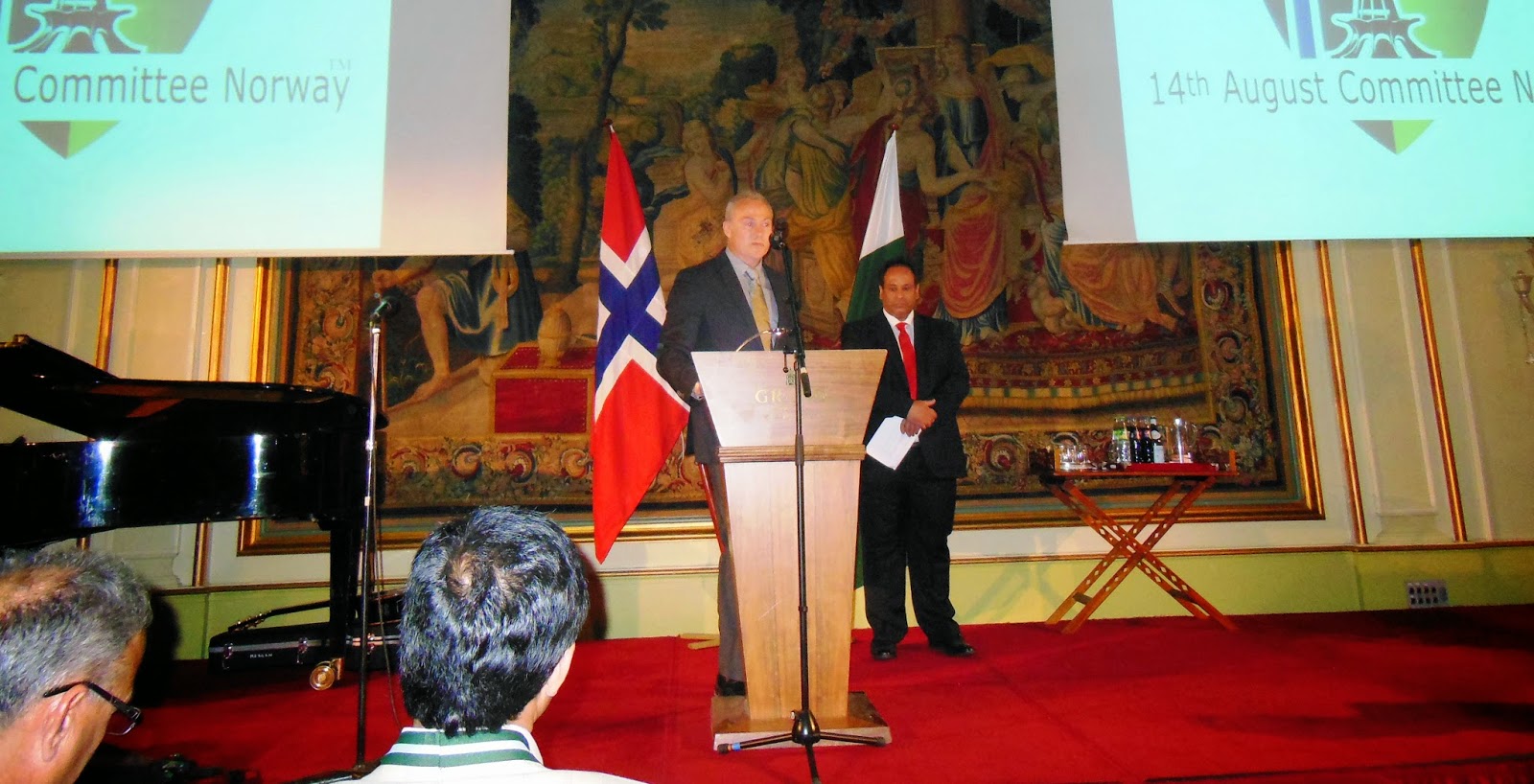 My personal message to Malala at Grand Hotel in Oslo
14th of June, 2014 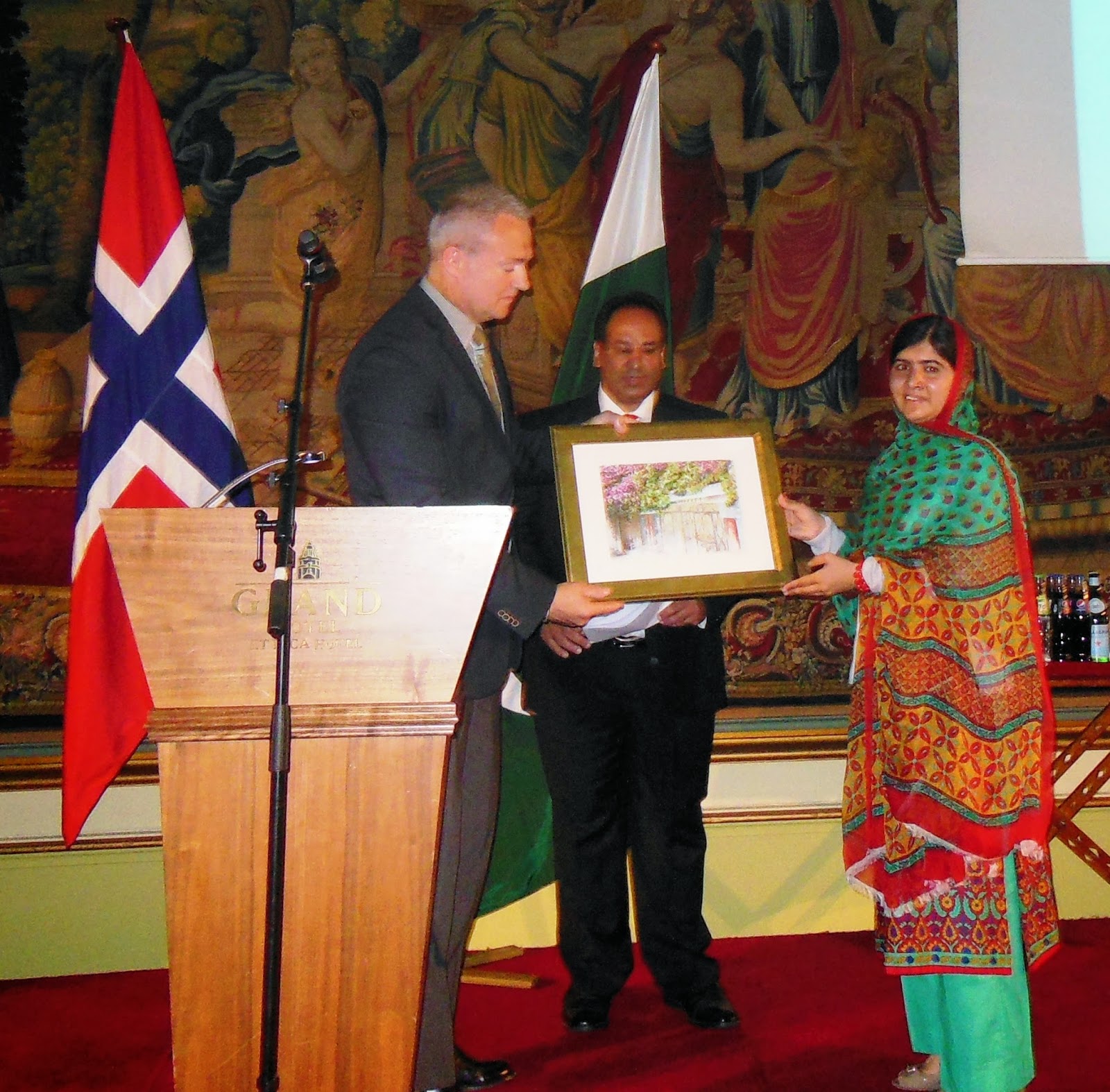 She was very surprised and happy about the gift.
I also wrote to her my personal statement on the backside of the pastel. 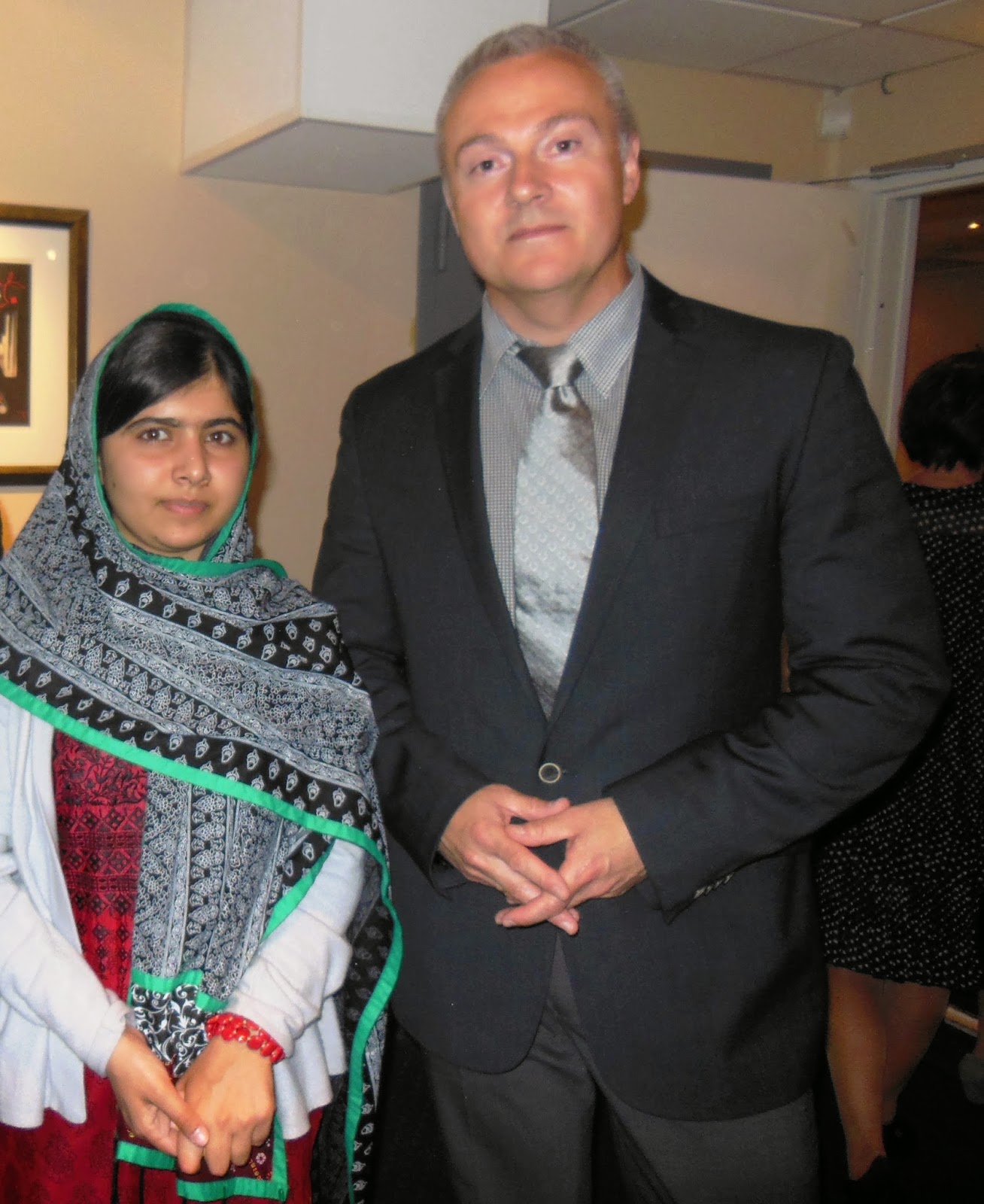 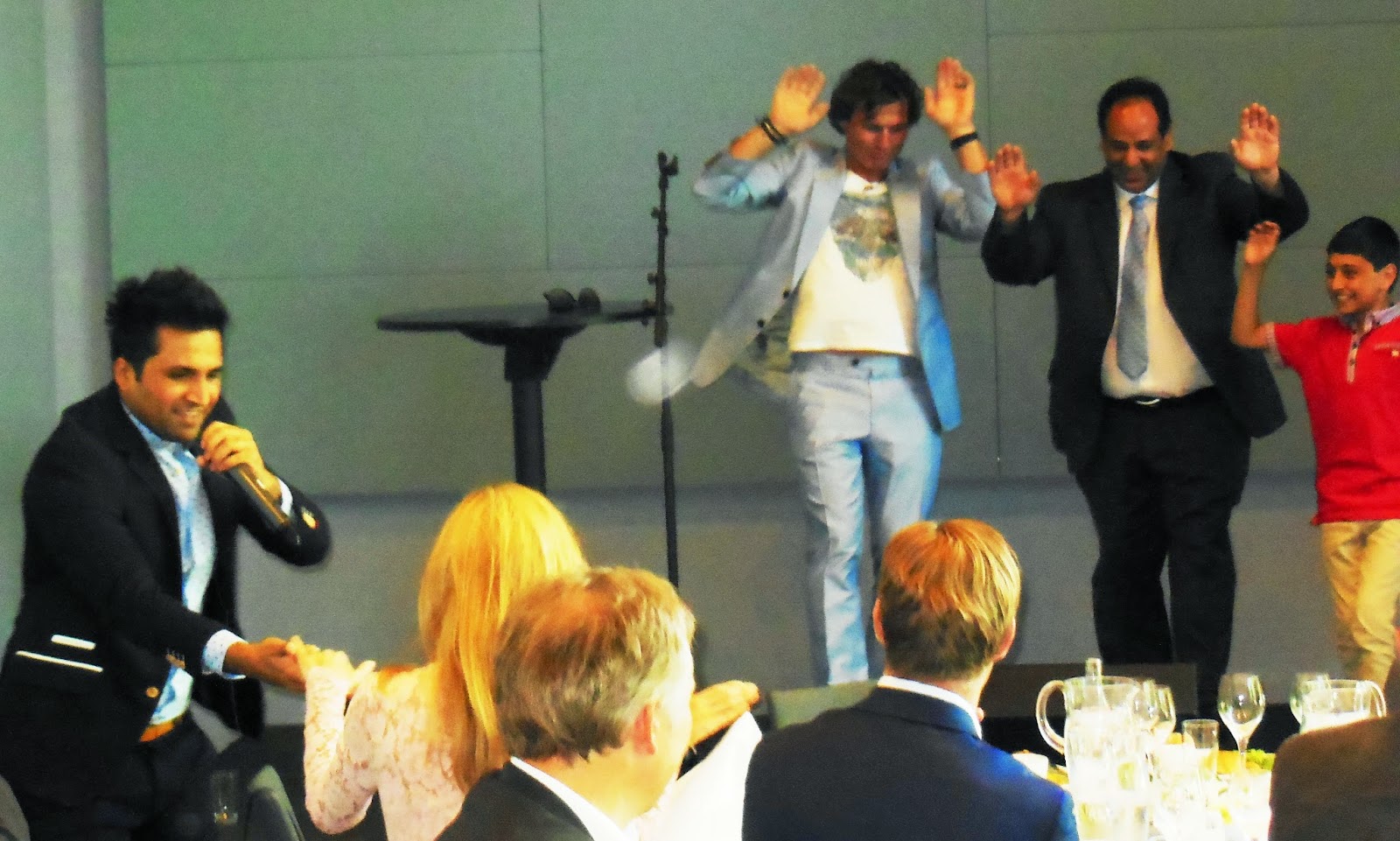 Falak invites for a dance. Petter A. Stordalen and Aamir Sheik is having a great time 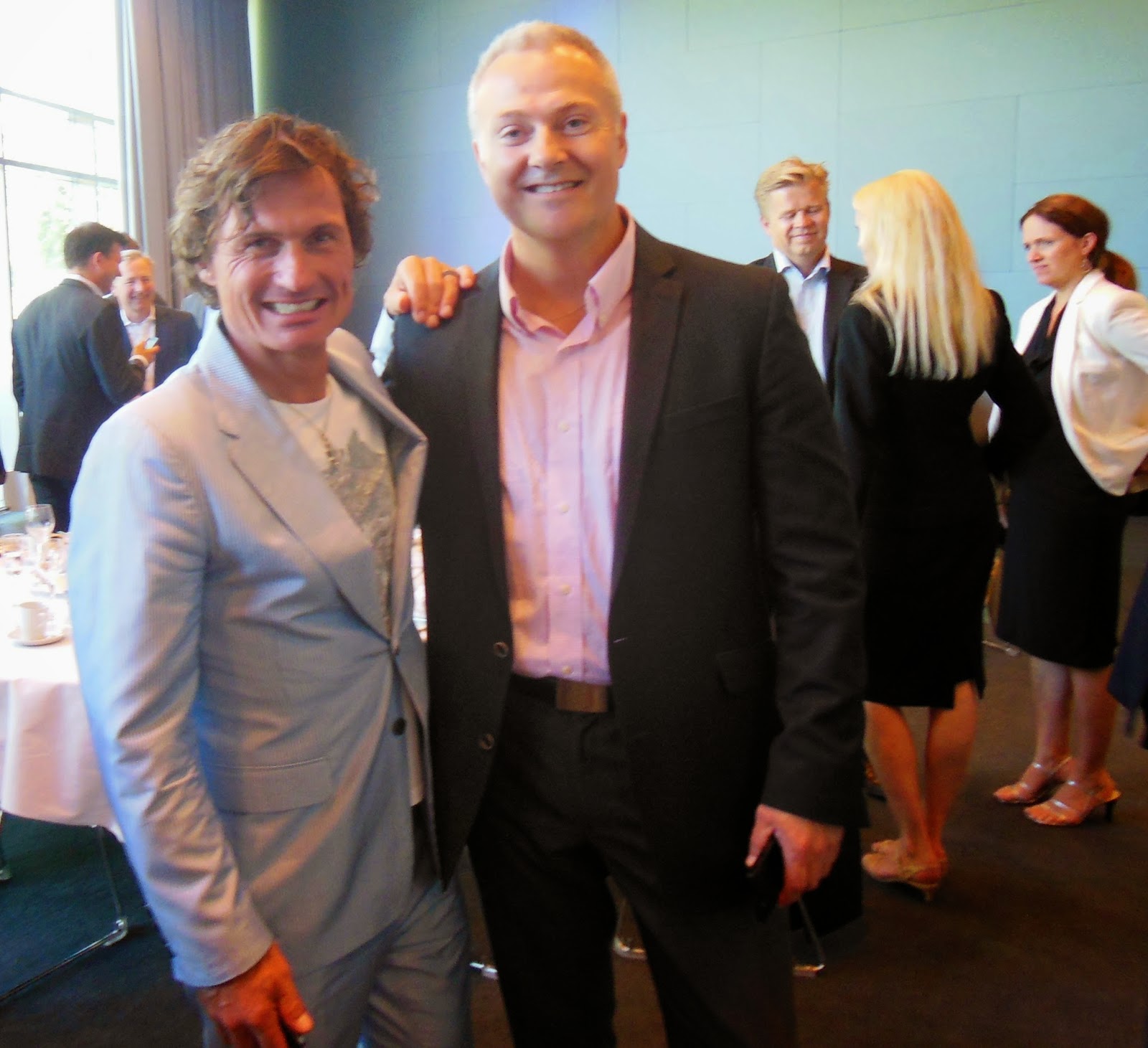 It was great to meet an old friend, Petter A. Stordalen.
Who is Petter Stordalen?
Managing partner, Monika Goli Dypeng at Hermes Headhunting organized a lunch with Petter A. Stordalen, The Oslo Center and 14. augustkomiteen Norge by Aamir Javed Sheikh
The lunch was hosted by Clarion Hotel Expo, Fornebu
https://www.nordicchoicehotels.no/quality/quality-hotel-expo/ 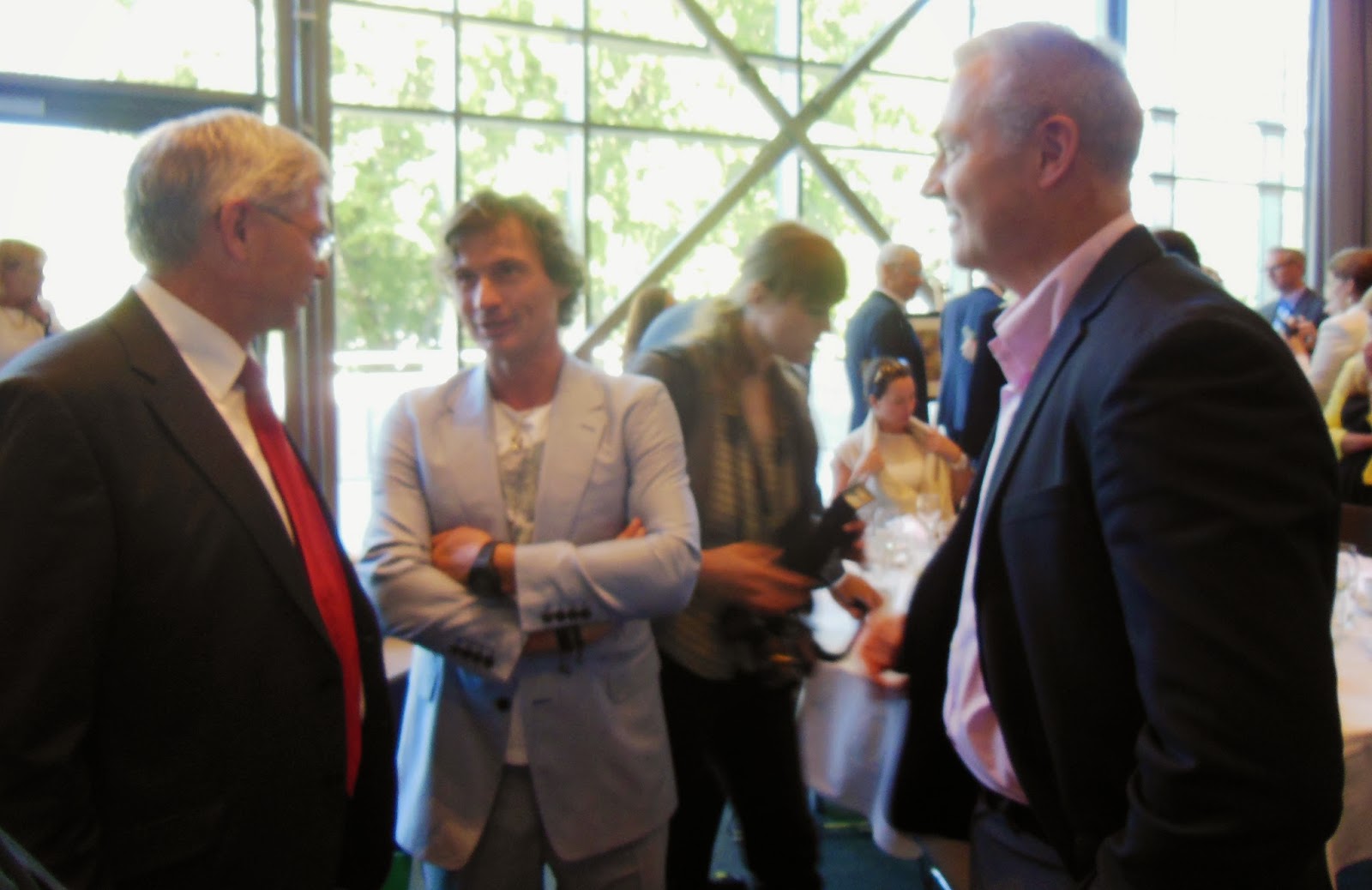 We had a chat with former Prime Minister of Norway, Kjell Magne Bondevik.
Bondevik is the leader
of The Oslo Center

The day before Malala reveives the Nobel Peace Prize 10th. of December 2014
Dinner at Grand Hotel in Oslo, with Malala and friends.
Organized by the leader of Dialog and Peace, Aamir Javed Sheikh 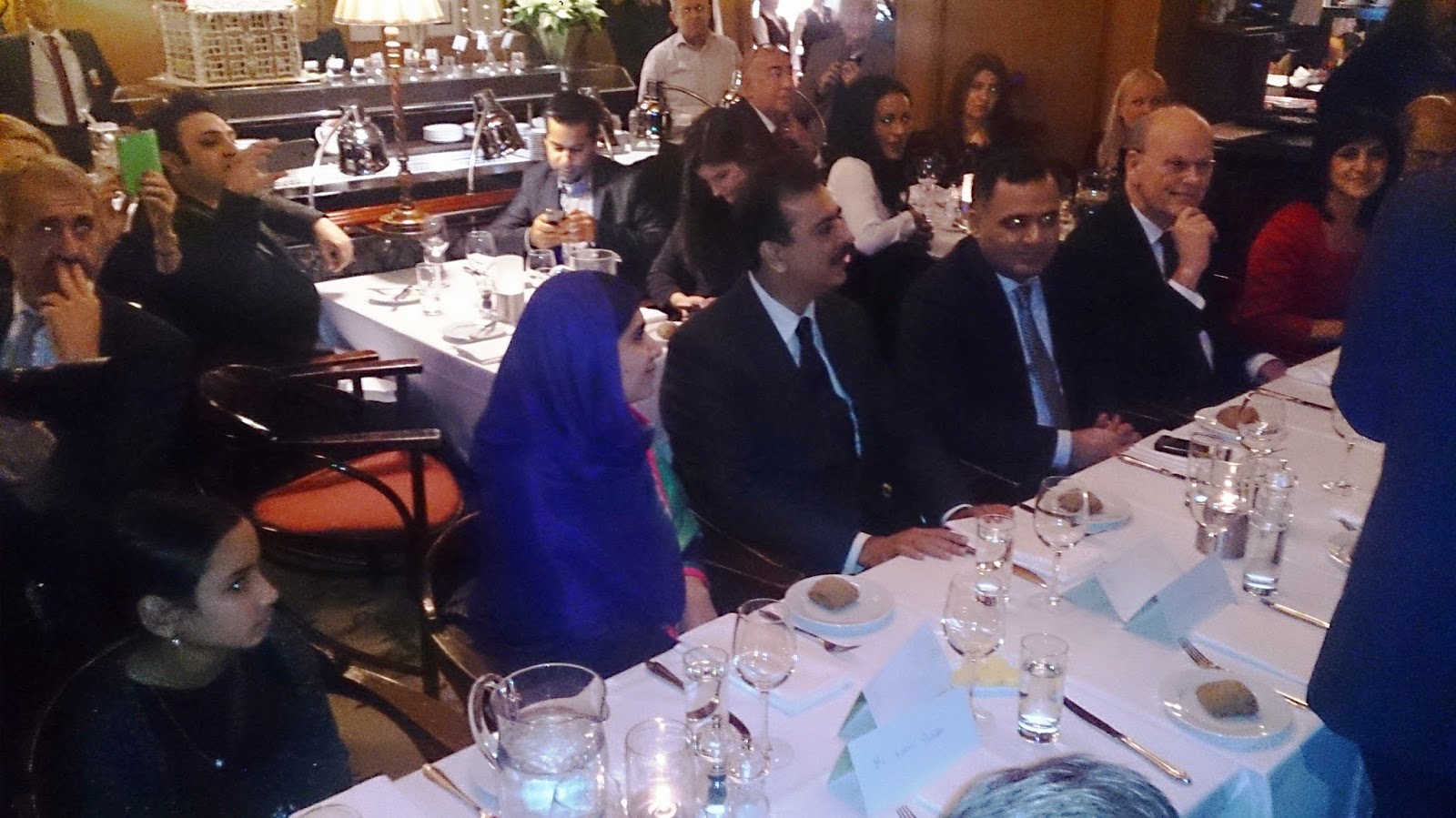 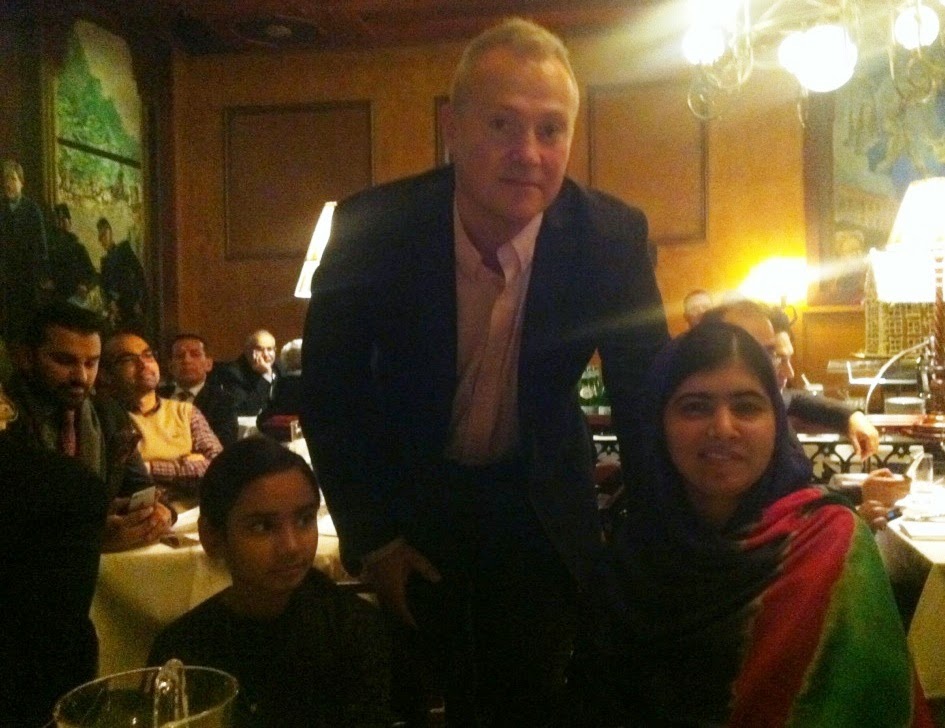